The participants were from class II, III, IV and V in each houses i.e Rose, Violet, Sunflower and Aster. They passed through six rounds of provoking questions based on general awareness, science, states, sports, current affairs and International countries.

Zeal among the students and audience was only seen to be believed.

The quiz master and the anchor of the show were students from Std V and VI who conducted the show flawlessly and in an efficient manner.

Thus, the quiz enhanced the general knowledge and interest of the students and even the audience present there.

This was followed by the declaration of the winner. The overall performance of the young talents were impressive and memorable.

The winners are as follows:- 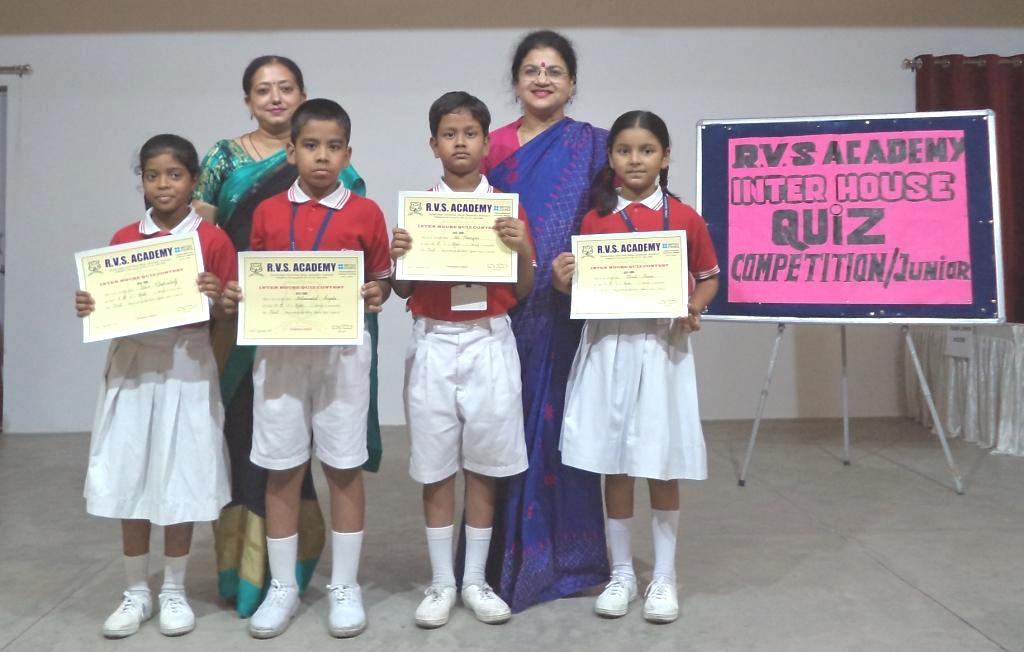 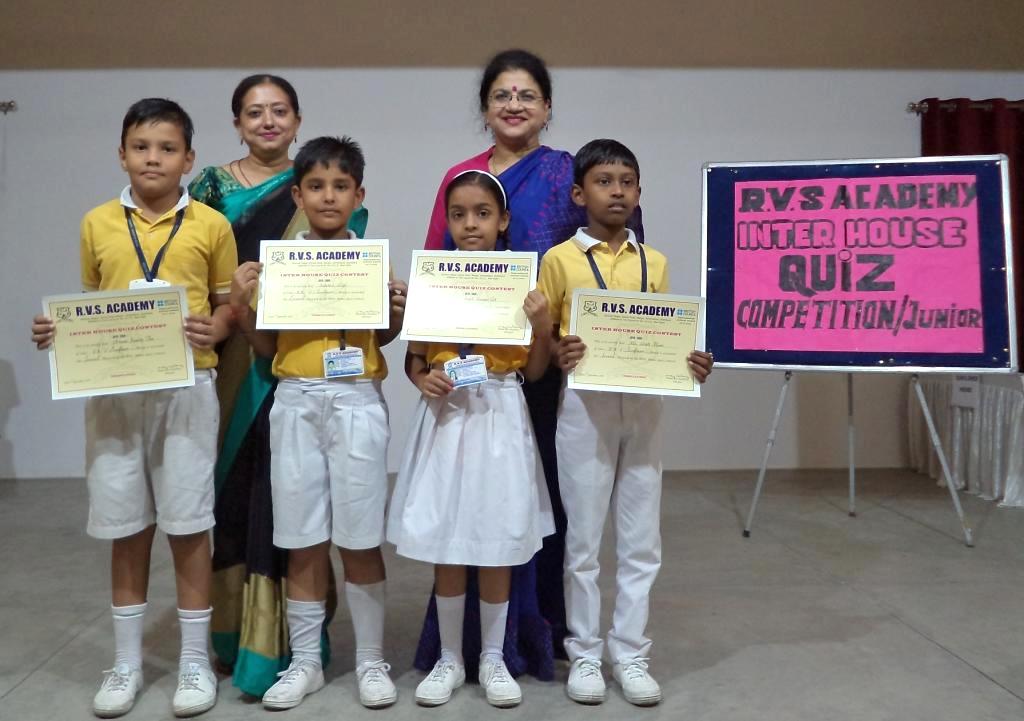